Written by Kimberly A. Folse, Ph.D.

In 1920, University of Southern California sociologist Dr. Emory S. Bogardus founded Alpha Kappa Delta for the purposes of stimulating scholarship and promoting the scientific study of society. Bogardus’ impetus in establishing this organization was to provide a forum for student and faculty interchange. His endeavor paved the way for what has become an international organization dedicated to promoting, facilitating, and recognizing academic scholarship. As we enter the 21st century, Alpha Kappa Delta is an integral part of many Sociology programs and is proud to acknowledge that in the past eight decades, over 106,000 scholars have been initiated into the Society. More than 630 chapters have been chartered in the United States, Canada, China, Finland, the Philippines, Taiwan, and Singapore.

This brief history highlights the growth and development of Alpha Kappa Delta as a contributing force in the promotion of scholarship in sociology. It starts by tracing the early years of AKD under the leadership of its founder, Emory S. Bogardus. 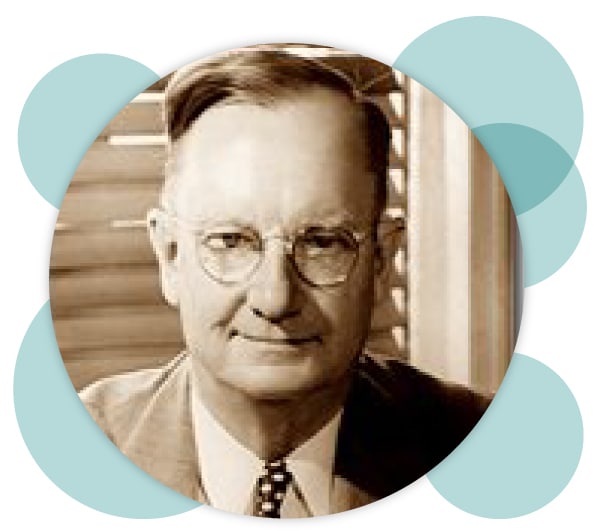 Emory Bogardus: The Man Behind AKD

Emory S. Bogardus founded the University of Southern California Department of Sociology in 1915, one of the earliest departments of sociology. At the time, nationally, there were only about 100 colleges and universities offering sociology courses. He created Alpha Kappa Delta in 1920 by gathering together a group of 14 faculty and graduate students for the purpose of discussing research methods and findings, and promoting scholarly writing. The name, Alpha Kappa Delta, was chosen because the letters represent the first letters of the three classical Greek words that embody the function of the society. They are: anthrôpos, meaning mankind; katamanthanô, meaning to examine closely or acquire knowledge, and; diakoneô meaning to do service.¹ Four years later, in 1924, the United Chapters of Alpha Kappa Delta were formed. The charter members included the University of Southern California, represented by Dr. Bogardus, Wisconsin, Northwestern, and the University of Kansas.

Dr. Bogardus endeavored to expand AKD beyond the United States. Yenching University, in Bejing, China, became Alpha Kappa Delta’s first foreign affiliate around 1930. The University had faculty members from Yale, Vanderbilt, Dartmouth, Columbia, Stanford, Iowa State, and John Hopkins. Some of Dr. Bogardus’ former students had taken positions at Yenching University and he personally visited the university in 1937. A letter from Dr. Bogardus to the President of AKD, Dr. Kimball Young, dated June 9, 1937 describes the University’s chapter “… to be doing a fine piece of work, although of course under circumstances that are entirely different from those in the United States.”²

Dr. Bogardus remained an integral part of Alpha Kappa Delta, serving three times as president. He served two consecutive terms from 1924-1926 and from 1926-1928. He served again from 1946-1948. In order to keep members informed of AKD’s activities and to provide a forum for scholarship, Dr. Bogardus founded The Quarterly, the newsletter of the society, in 1928. He served as its editor until 1932. Dr. Bogardus celebrated The United Chapter’s 25th anniversary in 1949, proudly proclaiming 43 chapters from coast to coast. At AKD’s 40th anniversary in 1960, he was presented with a plaque as a “testimonial of appreciation for outstanding service, founder, and first President of the United Chapters.” Dr. Bogardus passed away in 1973 after a very productive academic career. He is best known for the Bogardus Social Distance Scale, a classic instrument in the social sciences. He is the author of hundreds of articles and more than 24 books.³

Between 1924 and 1928, the United Chapters of Alpha Kappa Delta had grown to 17 chapters and about 800 members. In comparison, the American Sociological Society claimed 1,000 members.⁴  An Alpha Kappa Delta Hymn was written in 1924 by Gertrude A. Stephens, with music by Charles H. Gabriel. During the 1930s and 1940s as the number of programs offering sociology increased, the leaders of the organization, namely Kimball Young, Reed Bain, and L.L. Bernard, worked diligently to build charters. In 1938, Fisk University, a University in Tennessee enrolling African Americans, requested information regarding application for a charter. At the time, this presented a problem for the organization because of racism, a major source of controversy for educational institutions. The executive committee of AKD acknowledged that Fisk met the requirements as established in the By-Laws, but they debated what effect granting a chapter would have on Alabama and other southern universities. They concluded that the professors of the institutions in the South would probably not object, but that the students likely would. After considerable communiqué, they were of the mind to induct Fisk even if they met opposition. In the meantime, Alabama requested and was granted a charter in 1938. Fisk University was granted a charter, the Alpha charter for Tennessee, in 1945, six years later.⁵

By the 1940s membership declined because of World War II, just as did membership in the American Sociological Society. Attendance at meetings declined to the point where the organization was unable to conduct business and both the American Sociological Society and Alpha Kappa Delta canceled their 1942 annual meeting. No officers were elected. For two years AKD ‘merely marked time.”⁶ L.L. Bernard, who had been president since 1936 led the organization through these tumultuous years. Emory Bogardus, stepping in to maintain cohesion in the organization, was elected president of the United Chapters in 1946. By 1948, when A.B. Hollingshead of Yale University was elected, AKD had regained its momentum.

Since its inception, the aim of Alpha Kappa Delta has been to stimulate scholarship. One avenue was through publication. The first publication of the organization was The Quarterly, established and edited by Emory Bogardus from 1928-1932. It briefly changed names to the Newsletter for five years, and then returned to The Quarterly in 1936. In 1955, having published 24 volumes, The Quarterly became the Alpha Kappa Deltan: A Sociological Journal. Published twice a year, it had grown from a 4-page folder to an attractive publication of 32 pages. Information about chapters and miscellaneous items found a place in the AKD Newsletter that was started in 1954. In 1960, the Alpha Kappa Deltan was renamed Sociological Inquiry: The Quarterly Journal of the International Sociology Honor Society. The editors of the peer-review journal, selected by the Board of Alpha Kappa Delta, have consistently maintained high standards of scholarship. Many prominent sociologists have published in Sociological Inquiry.

The purpose of the honor society is to promote scholarship, but the focus has always been fellowship for students, both at the graduate and undergraduate levels. Conferring a charter signifies that the institution meets high standards of program quality and scholarship. Individual students must also meet high standards. In the 1930s, undergraduate students needed the equivalent of a ‘B+’ average in at least 12 hours of sociology and a ‘B’ average, overall, to be considered. Today, to become a member of AKD, a student has to be at least a junior and rank in the top 35% of his or her class, or have an overall GPA of a 3.3. A student must also have 3.0 GPA in sociology, with at least 12 hours of sociology course-work, or 4 classes. Graduate students need to complete at least one-half year of course work in sociology while maintaining at least a ‘B’ average, and continue to be matriculated in a program of study leading towards a graduate degree in sociology at the host institution.

Student scholarship in Alpha Kappa Delta is recognized in several ways. The Society sponsors student travel to regional meetings, supporting those who want to present their own work and learn from the scholarly presentations of others. The Society sponsors annual student paper contests, presenting awards which include monetary prizes, travel support, and scholarships. In addition, by funding research symposia and honoraria for guest speakers, the Society supports chapter activities which further education. The Society continues to recognize scholarly excellence in sociology by inducting approximately 4,000 lifetime members each year.

About the Author of this History

Dr. Folse has been a member of AKD since 1989. As a graduate research assistant at the University of Alabama, she served as Managing Editor of AKD’s journal, Sociological Inquiry: the Quarterly Journal of the International Sociology Honor Society from 1988-1993, under the editorship of Dr. Dennis L. Peck. Preparation for writing this history included an analysis of AKD archives maintained by the organization’s Secretary Treasurer. Dr. Folse is a faculty member in the Department of Psychology & Sociology at Texas A&M International University.